Let’s face it. Vampires were subverted by Hollywood as a way to sell more tickets. In principle, I suppose there’s nothing wrong with this. Though, in the process, everything that used to make vampires so terrifying is now lost. (Scary vampires didn’t sparkle, for one thing.)

According to folklore, a vampire emerges first as a soft, blurry shape with no bones. Instead of a nose, the vampire at this stage has a sharp snout for sucking blood. If the vampire is able to stay alive for 40 days, it can start to develop bones. At that point, it’s much harder to kill.

2.) Vampires can feed on the dead.

A widespread practice during the Black Death in Europe was to bury the dead with a rock or a brick in their mouth. This was to keep the dead from feeding on other bodies if they were to come back to life.

3.) Vampires are not always aristocrats.

Most modern vampire stories show them as sophisticated aristocrats. Yet most vampires in popular folklore were uncultured peasants. You might even call these peasant vampires dumb.

4.) You can only kill a vampire with a stake.

Another huge misconception about vampires is that they can only be killed with a stake through the heart. According to vampire folklore, this is just not the case. Folklore is ripe with stories of vampires killed purely by cremation without needing to be staked.

Other popular methods of killing vampires include (but are not limited to) boiling the head in vinegar, burying the corpse at a crossroad, bury the corpse face down, and pour boiling oil on the body. Fun times. 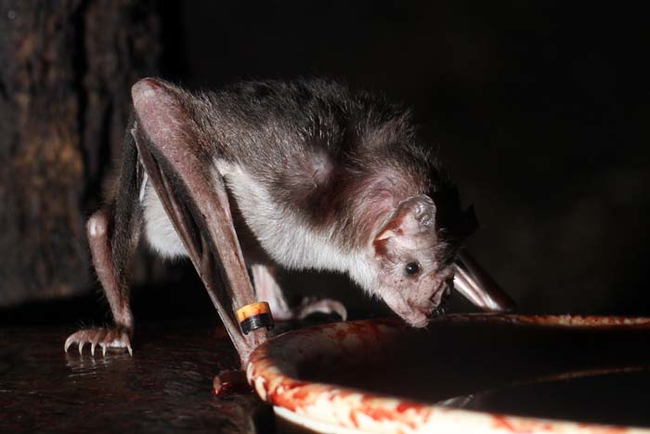 No, they don’t. The idea of vampires with powers (telepathy, mind control, transforming into a bat) is a Hollywood invention. There is no traditional basis for powered vampires.

Modern vampire mythology says that you can only become a vampire though getting bitten by another vampire. Traditionally, that’s not the only way you can become a vampire. For example, you were a risk of becoming a vampire if you were an illegitimate child, were once a werewolf, or if you had red hair.

7.) You can avoid becoming a vampire if you’re bitten.

Legend has it that if you suspect you were bitten by a vampire, you should drink the ashes of a burnt vampire. To prevent an attack altogether, you could make bread with the blood of a vampire and eat it. Yum!

9.) Vampires can have children.

Contrary to older vampire movies and according to folklore, vampires can have children. It comes from the legend that if a dead husband came back as a vampire, the first person who he would go after would be his wife.

Sometimes the result of these encounters would be vampire sex resulting in a child. These children were considered to have powers that helped them slay vampires.

The idea that vampires can be killed by sunlight is also a recent invention. There is no mention of sunlight having any effect on vampires, according to folklore.

It sounds to me that the vampires from folklore are way cooler than our modern day idea of vampires. I always thought it was kind of dumb that vampires had telepathy powers. I mean, they’re immortal and kill innocents…don’t give them more powers!