The Donald now believes Obama lied about being born in Kenya to get into college.

Speaking at the National Press Club, Donald Trump proposed a new theory about Obama’s birth certificate. Trump conceded there’s a “very big chance” Obama was born in America but said he believes Obama lied about being born in Kenya to get into college.

Asked if he “regretted” questioning Obama’s birth certificate, Trump said he did not regret it “even a little bit.”

In spring of 2011, Trump flirted with the idea of his own presidential run, with his platform centering around exposing President Obama’s fraudulent citizenship and Kenyan birth. His loud birtherism — and the constant media attention it attracted — was enough to put him on the top of some early Republican primary polls. Trump ultimately decided not to run.

So here’s what residents in Philadelphia are waking up to this morning in the wake of Donald Trump’s new immigration proposal for a“total and complete shutdown of Muslims entering the United States until our countrys representatives can figure out what is going on”: 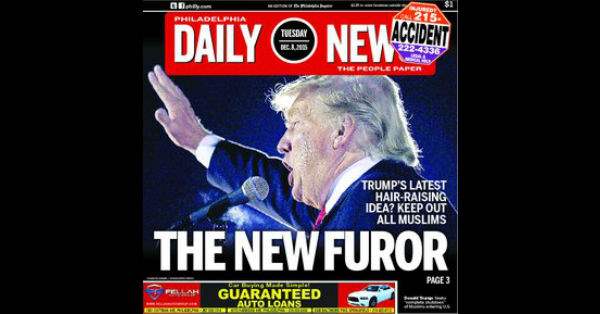