To Americans, some cultural traditions practiced in other countries seem odd (as ours do to them). We just didn’t grow up with those traditions, so we have little to no understanding of their origins or why they are so important. This is often the case when people from different cultures are exposed to other people’s customs for the first time.

And this Spanish tradition is certainly one of those strange activities. On the Catholic feast day of Corpus Christi, Spanish mothers bring their newborns into the streets and place them on mattresses so that men can jump over them. It’s a huge celebration, but what does it all mean?

The festival is called El Salto del Colacho, or the Devil’s Jump. To carry out this tradition, mothers first line their babies up on comfy mattresses. 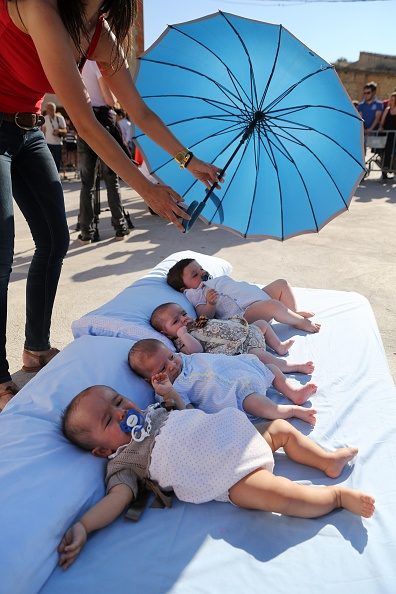 After that, men dressed in elaborate costumes step onto the scene. They’re meant to represent the Devil. 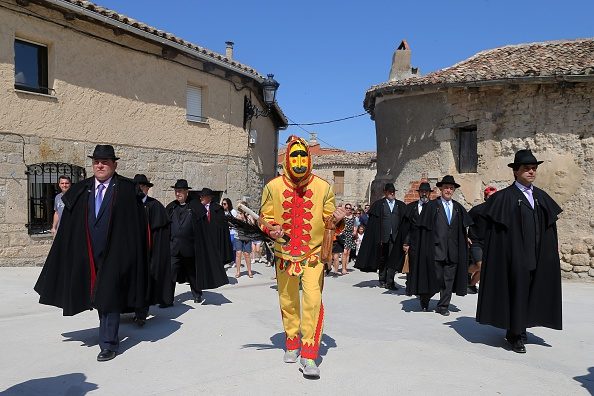 These men jump over the babies. The spiritual significance of this act is that it’s said to cleanse babies of their original sin. 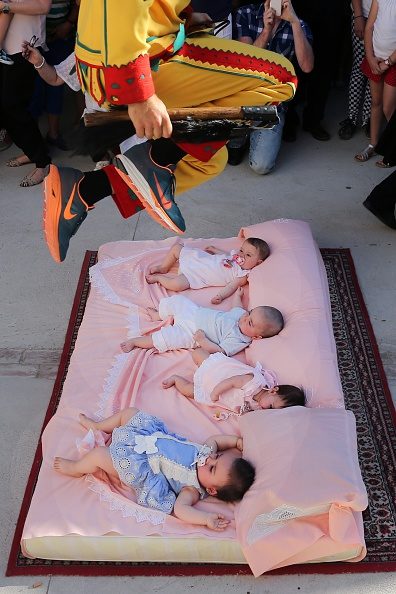 You can watch it all unfold in the video below.

This looks like a ton of fun, but I’m not sure if I’d trust a bunch of strange men jumping over my child. That being said, it’s pretty amazing to get a glimpse of what life is like for other people around the world.