As Twitchy reported Wednesday, the New England Patriots called out the New York Times over a photo tweet comparing the turnout to meetPresident Trumpto the much larger group that took up President Obama’s invitation in 2015.

Sure, many more people were packed into the photo with President Obama, but that photo also omitted a number of Patriots staffers who were seated on the lawn. In short, it was an apples-to-oranges comparison and a transparent and cheap shot to make Trump appear unpopular.

Failing @nytimes, which has been calling me wrong for two years, just got caught in a big lie concerning New England Patriots visit to W.H.

On Thursday, Jason Stallman, the editor who published the tweet, admitted to Yahoo News that it was a mistake.

It’s refreshing to see a member of the news media drop his defenses and own up to a bad decision, but it’s unsettling how reflexes can take over when there’s an opportunity to score points against the president.

@colincampbell @KFILE Nicely done! That is how you own a mistake.

@colincampbell @seanmdav Have to appreciate the full mea culpa, but if they didn't have a narrative they were always trying to match, this wouldn't happen.

@colincampbell @mattklewis Very nice. We all now see where the typical NYT staffer's instinct lies. And this about reflexive, instinctual reactions to a stimulus.

@colincampbell @KirkAndCallahan And this is what bias looks like – when you're too eager, want to be the first, think YOU have something SO GOOD to share with like-minded..

@colincampbell @KFILE It does seem like a "rush to be first to market" error.

@colincampbell @jpodhoretz This is what happens when you have a clear bias and agenda. At least there's 1 intellectually honest dude at the NYT.

@colincampbell @lachlan When I can ascertain a publication's political slant by looking at a sports page side-by-side photo comparison, they've lost credibility. 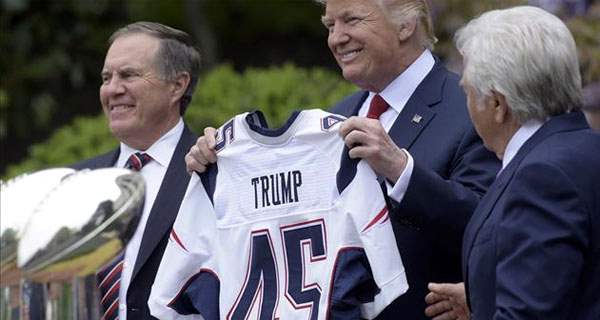