Normally, the idea of a pregnancy or “maternity” photoshoot is to document the mom’s pregnancy with a baby. 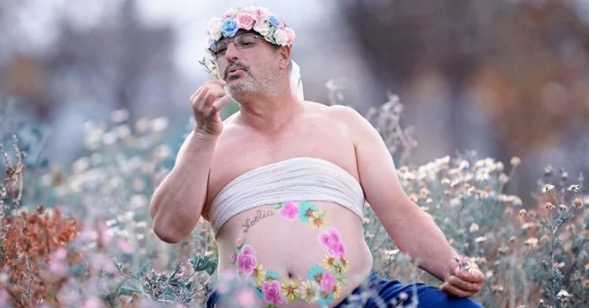 Makes sense since she’s the one having the kid, right?

Well, when ‘ friend Paco learned that he was going to be a dad, the two buddies decided that they should do their OWN pregnancy shoot.

The result is…uh, really something.

It’s got a real Age of Aquarius vibe to it. 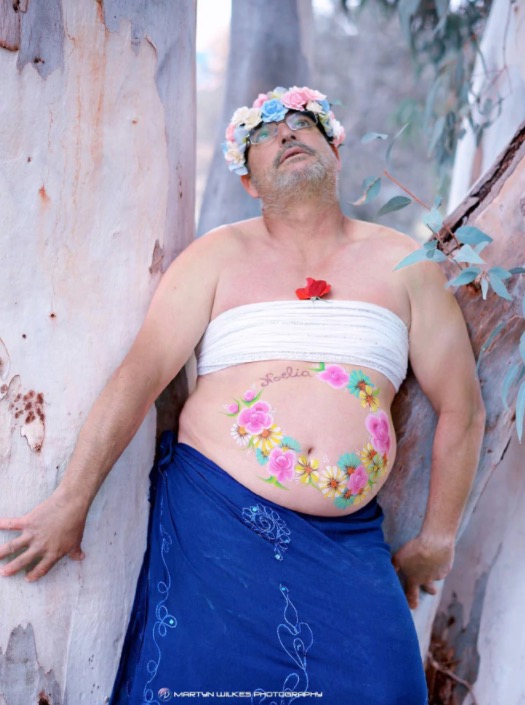 He looks like he’s decked out for Coachella or something, doesn’t he? 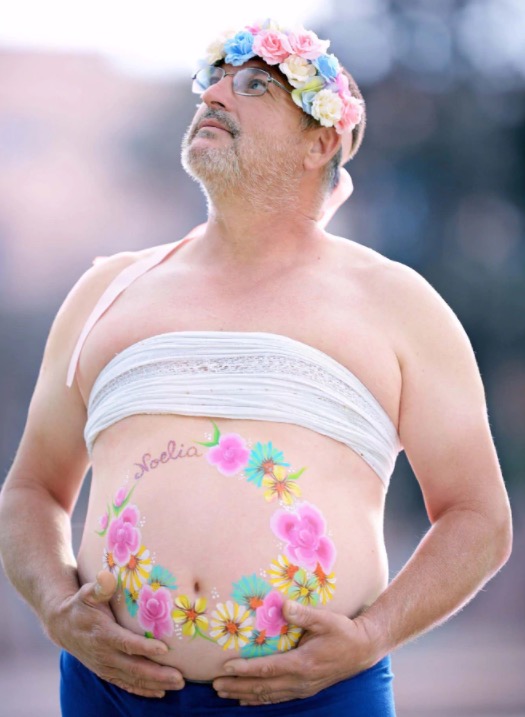 …and there goes the tube top! Lord help us… 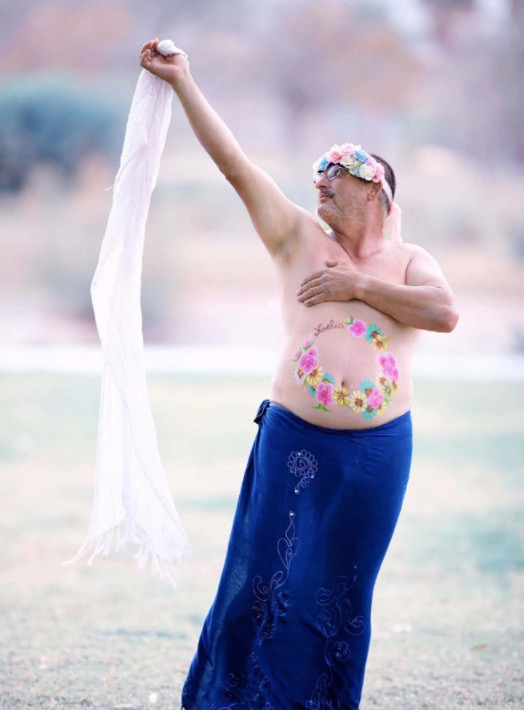 28 Times Elderly People Were Hilariously Honest On Facebook
This Is Important: There are Baby Goats Learning To Jump While Wearing Sweaters
Loyal Dog Pretends To Love the Tiny Bed His Human Ordered By Mistake
Watching This Red Panda’s Reaction To a Rock Is Hilariously Relatable
This Is What Happens When You Let Kids Name Their Own Baseball Team

This glorious dad-to-be’s name is Paco, and he’s expect a daughter…