@nytopinion if this is all you've got left to throw at @POTUS oh man, you are losing so bad… so so bad.

Well, give this much to the New York Times… ittook some serious chutzpah to send out a tweet like this:

Trump supposedly looked presidential last night, but all he did was read from a Teleprompter https://t.co/0RuwIBH592 pic.twitter.com/jYEZ6BVgGG

First as a candidate, and now as president, Donald Trump has drawn fire for promising the moon and stars without giving the slightest hint of how he intended to obtain them. In fact, as Tuesday nights speech to Congress demonstrated so clearly, the president is actually a master of the art of diminished expectations.

On Tuesday night, we are told, he looked sober and presidential, when all he actually did was read a speech from a Teleprompter without veering off into one of his incoherent rants.

@nytopinion Didn't everyone tell us for eight years that that was presidential?

That was more than sufficient for you assholes for the last 8 years. https://t.co/z3YQ4htzRe 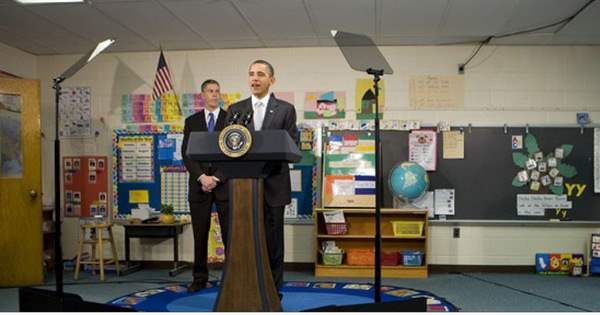