As so many young men do, Dak Prescott has dreamed of being in the NFL for as long as he can remember. He and his two brothers lived and breathed football 24/7 ever since they were boys.

Well, on September 11, 2016, Dak finally got to see this lifelong dreamcome trueas the NFL rookie quarterbacktook the field for the Dallas Cowboys. But the night before, he knew there was somebody he had to send a message to firsthis #1 cheerleader, his biggest fan and his angel in the sky: his mama. 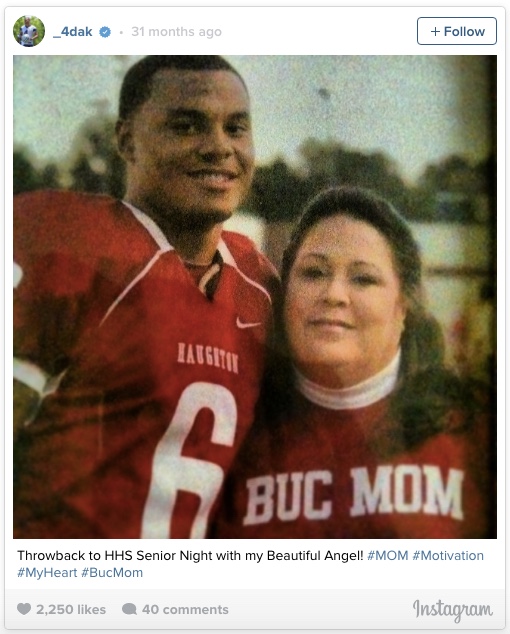 As he’s done so many times in the past threeyears, Dak typed out the message to his mother, Peggy, but he never pressed the “send” button. He knew she’d read it anyway.

Peggy Prescott passed away in November of 2013 after a long battle with colon cancer, but her memory has not faded from Dak’s mind in the slightest. He’ll never forget how she made it to every single one of his Mississippi State games before she got too ill, or how she got a football tattoo with the #3 written on it to permanently display her support for her three precious boys.

As a single mom working at the I-220 travel pizza and living in a trailer park in Princeton, Louisiana, Peggy had her fair share of challenges in raising a family. But that never daunted her incredible work ethic or steadfast faith. In fact, Dak credits his own work ethic on the field and his faith in God to the values his mother instilled in him as a child. 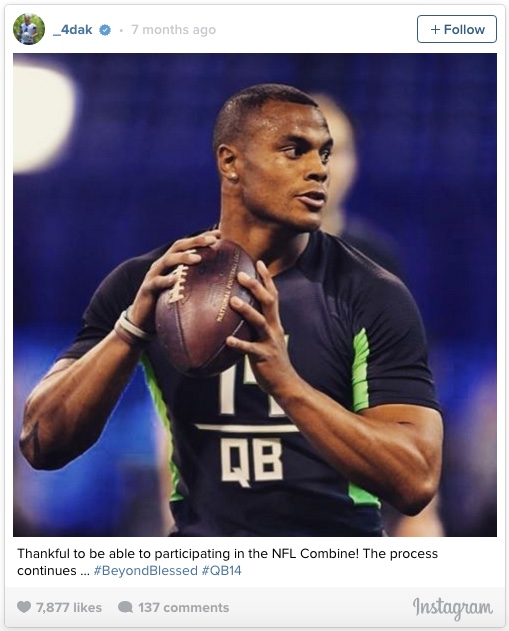 “Single mom, raising three boys, always at work, definitely,” he said. “We went to work to help her, spent a lot of time up at her work because that’s what she was doing. So definitely 90 percent came from that.”

I tape my wrists before games and before practice, he stated in an earlier interview with The Times.I simply write Faith on there for the faith that my mom showed me; the relationship we built from the faith we had and my faith in God. I write another little note that changes every day based on how Im feeling. I miss her, or, I love her. Ill write something like that on there. But I talk to her through the day. Its just something that makes me feel better, knowing shes right there listening. Shes with me in everything I dothe good and the bad.

Nobody will ever be able to replacePeggy, but now, Dak’s brothers have taken their mother’s place as his encouragers. Andherpresence is always felt right alongside them.

“I’ll go into the game thinking about her,” Dak’s brother Tad told ESPNearlier this month.“When I give Dak a hug, I’m thinking of her. She’ll come up as much as she would on a normal day. Yeah, it’s a little more special because it’s the first game, but there’s never a moment she’s not with us.”

Dak even wears a #4 on his jersey in remembrance of her birthday so that she can be with him each step of the way on the field. 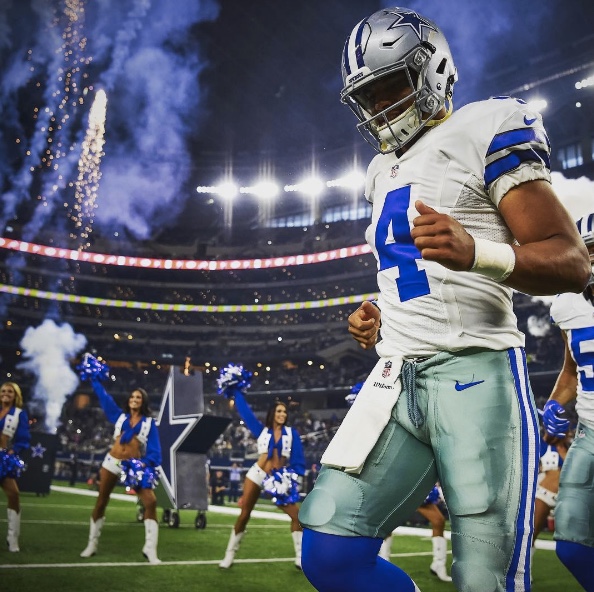 And he has a “Mom” tattoo on his wrist that holds a dual-meaning as an acronym for “Mind Over Matter.” 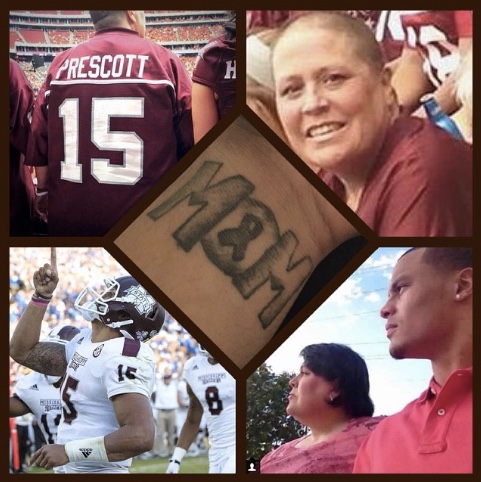 Though she never got to see his first game, Dak tells ESPN that he can picture the look on her face:

“She’d probably just be crying.She was emotional. We always used to get on her about crying. So she’d just be crying with a big smile on her face.” 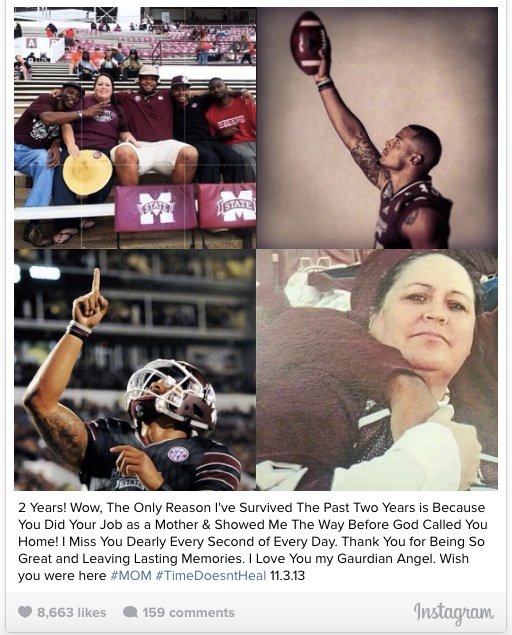 Each time Dak makes it to the end zone, he points skyward as a little thank you to the mother who was the backbone for his success and the Father in heaven who’s taking care of her until they meet again one day.