Pussy Riot member Nadya Tolokonnikova said in an interview hours after her release from prison on Monday that Vladimir Putin’s wide-reaching amnesty did not signal a change for the Russian president.

“There is no new Putin,” Tolokonnikova told BuzzFeed. “This is a small step back, but a small one. There are still plenty of people in the jails.” She called the amnesty, which also saw the release of Russian tycoon Mikhail Khodorkovsky, a “calculated move.”

Speaking from the kitchen of her grandmother’s apartment in the Siberian city of Krasnoyarsk, Tolokonnikova said she is eager to return to human rights activism.

“I’ve probably been sitting still too much,” she said, after nearly two years in prison. She said she would remain in Krasnoyarsk for some time before making further plans, and would consult with her fellow Pussy Riot members, including Alyokhina and Samutsevich, before moving forward.

Alyokhina and Tolokonnikova were released as part of a massive amnesty signed by Russian President Vladimir Putin, which will let almost 2,000 people out of jail. The signing of the amnesty is seen as an attempt to distract from the country’s human rights record before the Sochi Olympics in February.

The “Arctic 30” Greenpeace activists were also freed as part of the amnesty. It is not clear when all the prisoners covered under the amnesty bill will be released, as it is allowed to be implemented over a six-month period.

The third member of Pussy Riot, Yekaterina Samutsevich, was freed back in October 2012 after she was given a suspended sentence upon appeal. The court believed she “had not participated fully” in the band’s “punk prayer” protest and therefore only served six months in a pre-trial detention center.

3. Maria Alyokhina was the first to be freed on Monday from Nizhny Novgorod in Russia.

6. And a few hours later, Nadya Tolokonnikova was released from a prison hospital in Krasnoyarsk, Siberia, where she was being treated for unspecified illness.

7. She reportedly shouted “Russia without Putin!” when she was freed, adding that “everything is just beginning.” 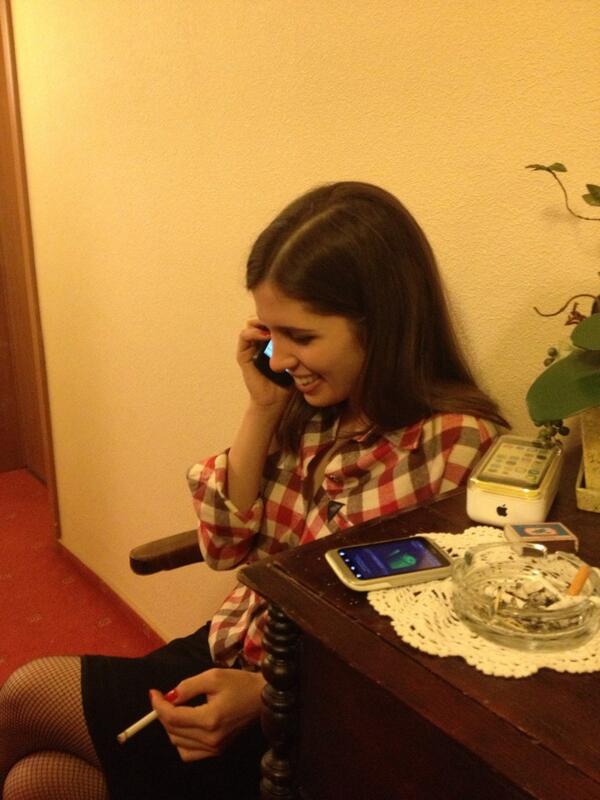 9. Once out of a jail, Alyokhina called her release a PR stunt by the Russian government.

10. News of Alyokhina’s release first came from her lawyer and Pyotr Verzilov, the husband of Nadya Tolokonnikova, who told Reuters, “They’ve just released her.”