On Friday, veteran Ernest Walker and his service dog visited a Chili’s in Cedar Hill, Texas, planning to partake in the chain’s offer of a free meal for military veterans. 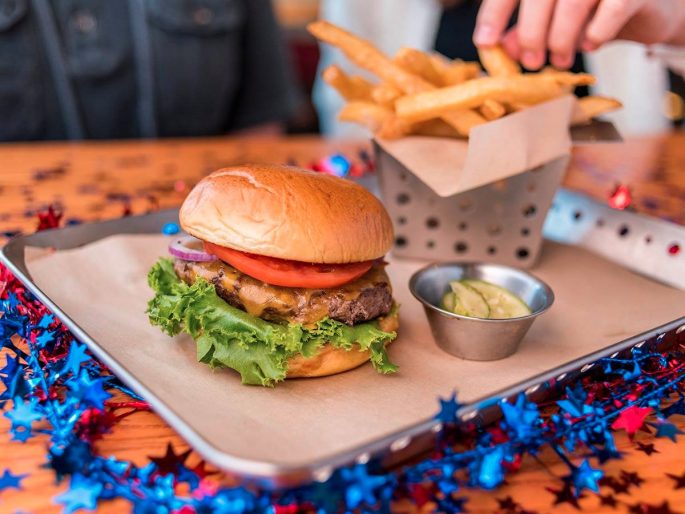 He got his food, but before he could finish it, the restaurant manager came over to his table, accused him of not being a real soldier, and abruptly took the meal away.

Yes, that actually happened, and here’s how.

Apparently, while Walker was seated in the restaurant, an “old white guy, maybe in his ’70s, with a Trump Shirt” questioned his military credentials, because Walker was wearing his hat indoors. 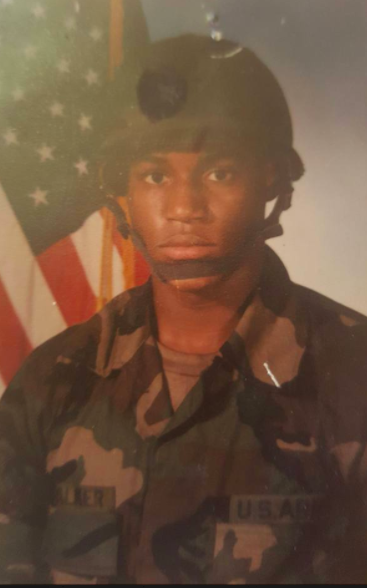 And he also questioned the validity of his service dog, just to add insult to injury.

It was at this point that Walker started recording, and as you can see, the manager refuses to answer any questions and repeatedly tries to take back the food.

He shared the video and this copy on , where it has unsurprisingly been shared more than 6,000 times due to how shocking it is. 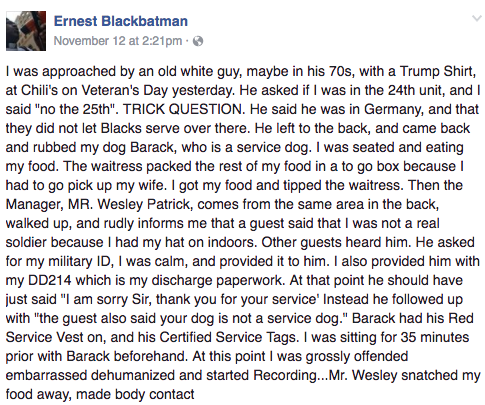 People even took to Twitter to express their anger.

It'll be a lot of bizs like @Chilis losing black folk $$ like in the #MontgomeryBoycott. Let the boycotts begin. https://t.co/gn8EFG37MS

As a 21 year Army Veteran I will no long be going to @Chilis after what I just saw and read. #disrespectful